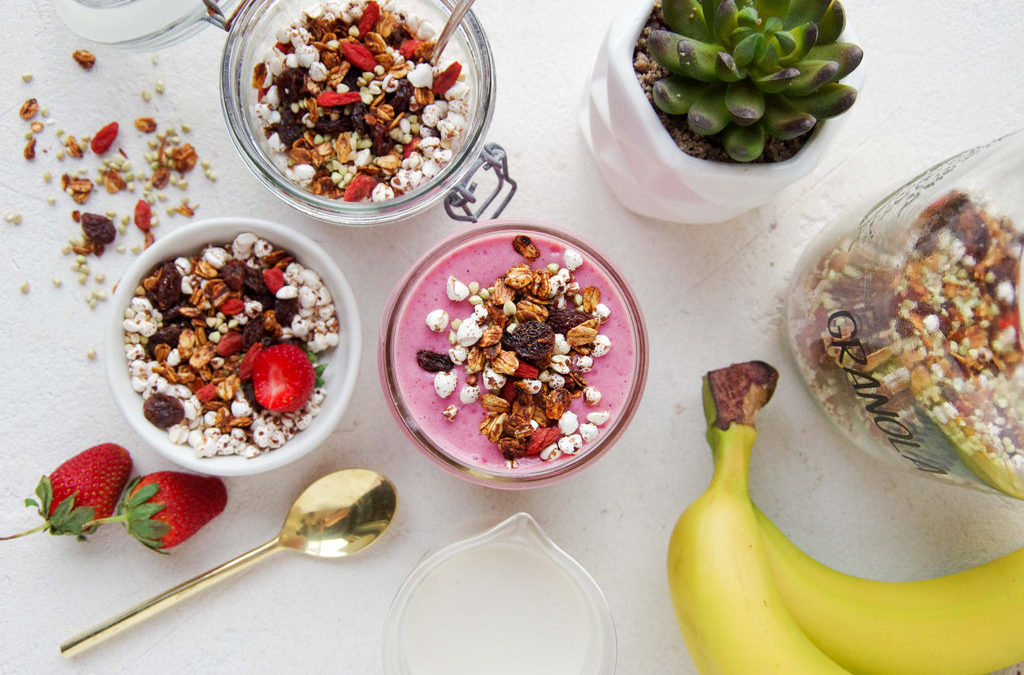 I don’t know about you, but I get a bit bored of plain baked granolas, so I decided to change it up a bit! 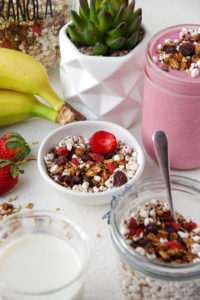 I recently discovered puffed buckwheat and I’m so in love! By adding puffed buckwheat (which you can substitute for puffed rice or quinoa) as well as activated buckwheat, you get the nutrition from this awesome ‘pseudo-cereal’ (seed), but it adds both a soft chewy texture and a crunchy bite! I used some mixed spice as a nice change from the usual cinnamon flavouring, but you can really use whatever spices you like best….pumpkin pie spice is beautiful too.

I love this with fruit and coconut yoghurt, but it’s awesome as a smoothie topper too! 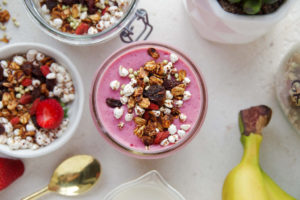 I used raisins and goji in this version, but think cranberries and freeze-dried strawberries would work amazingly too. I’m going to give this as gifts to family members this Christmas and add pistachios for a green and red look.

Give it a go and let me know if you love it as much as I do! 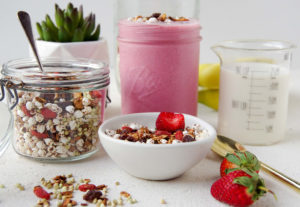 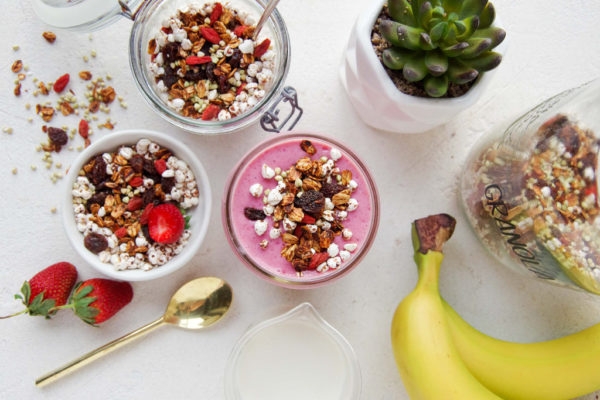 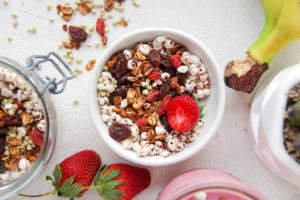