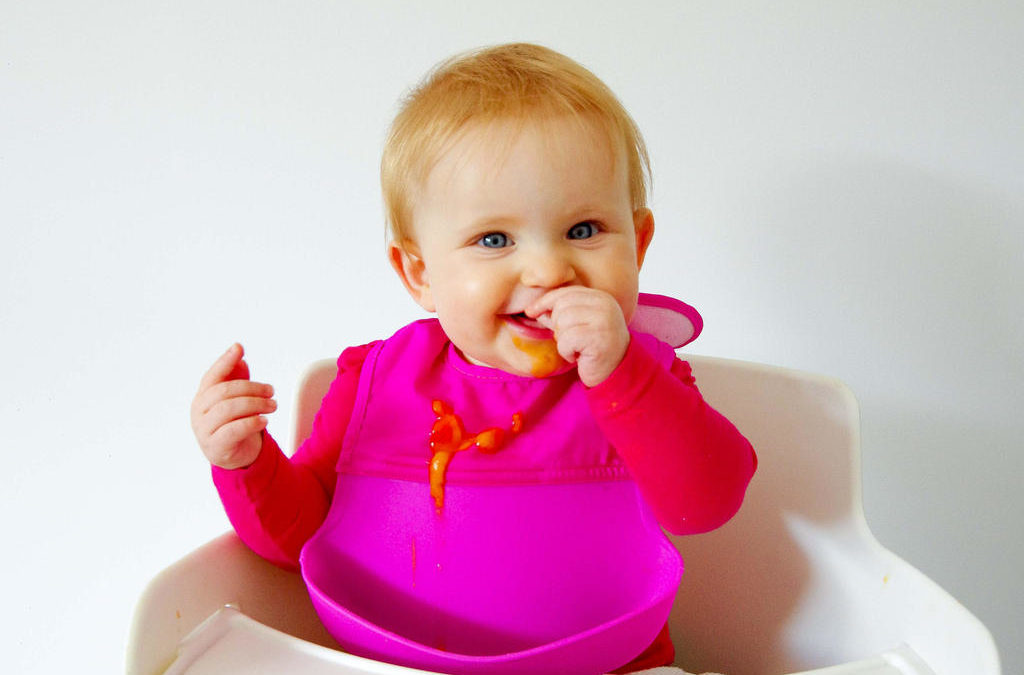 A bit of a funny title to a blog post I agree, but I couldn’t think of anything else that accurately conveyed what I’m going to write about!

Before I tell my story, I just want to preface it by saying that this is something I kept quiet about on social media and to most people, except those closest to me, and it shouldn’t have been that way! I think a lot of us tend to keep things quiet when we’re in the thick of figuring it all out, then speak more openly about things after the event. I get it, and in some circumstances and life situations this is what is best for the individual to do; their only way of coping, but in my case, retrospectively I wish I’d shared more openly about it to kind of dispell the illusion I have it all figured out (I DON’T) and to soothe my own #mumguilt!

Anyway, let me get to the story. New mothers are told to try to exclusively breastfeed (or bottle) until 6 months of age, then to start to introduce solids. I had a few hiccups with breastfeeding early on, (think cracked bleeding nipples and nipple shields for the first 4 months!) but by 6 months, had the hang of things, so this was no problem. The 6-month mark rolled around in no time and it was time to get my girl on to some real food. Being the foodie that I am, I had envisaged myself giving her nutrient dense soft veggies and fruit she could chew with her gums and swallow easily, with a backup plan of making gourmet homemade purees if she wasn’t into the whole ‘baby led weaning’ thing. That was the plan.

What actually happened was very different. She wasn’t interested in eating! Well she was, she would reach for my food and often suck on pieces of fruit, but she wouldn’t swallow!

Literally, anything I put in her mouth, would sit on her tongue as she held her mouth open, and would be drooled back out at me. Now, as you all know, I’m a paediatric nurse, so I’ve syringed my fair share of medicine down children’s throats, so I was trying all the tricks in the book to attempt to get food into her to no avail.

I tried not to worry, she was only 6 months, things would surely just click any day, I was sure.

The weeks went past and all the other babies in my coffee group started eating and the mums started sharing recipes and tips and what their babies were loving. I mean they even shared images of their kids chewing on t-bone steaks (I’m NOT kidding!). And still, mine would not eat.

I had moments of pure frustration where I would try to hold her little mouth closed and stroke under her chin to induce swallowing, but this ended in tears, for her and almost for me! In the back of my mind, I didn’t want meal time to start to have negative connotations around it. I didn’t want her to freak out every time I placed her in her high chair! I also did not like the mother I was in those moments.

For some strange reason, I felt a lot of shame and guilt around it. And worry. Was she going to lose weight? What if she isn’t getting enough iron? What if I end up feeding four times a night again (Noooooooo!)!

I feared what other people thought of me. I determined they must be thinking something like “..but she’s a foodie…I wonder what she’s doing wrong? I wonder what’s wrong with her kid?”

In reality, the people I did tell, said all the right encouraging things and dispelled my anxiety…until the next meal time.

This whole situation has caused me to reflect on the nature of comparison and just how destructive it can be. I often talk about comparison to clients in relation to body image and I know all too well how negatively it can affect a woman’s sense of self from my own personal experience also, but in comparing my babies ability to meet milestones to others around me, I really induced anxiety that needn’t have been!

Of course, there are situations where babies are not developing as they should and I’m not making light of this at all. But now, 3 months later, Hope is eating, and I can see the wasted energy that I put into worry, which came from comparing her to those around me.

My advice to anyone struggling with any kind of negative emotions stemming from comparison is share your load! Talk about it! In my case, I’ve learned that it really does ‘takes a village’ to raise a child and that by reaching out to mamas having done it all before, my fears were alleviated and things were put back in their proper perspective.

Also, realise that all babies are different, they all develop at different speeds and that’s OKAY! It’s the exact same concept as comparing our own bodies with others, we’re all different, we have different genetics, different hormones and different life experiences and what works for one person may not work for another. Let’s just run our own race and cheer each other along!

And while we’re at it, let’s all let go of any ‘mum guilt’ we’re carrying! Aint no time for letting that weigh us down. Stop following those insta-mums who seem to have it all together and don’t show you the behind the scenes chaos of their lives. Spend time with real people who are doing life alongside you and who you can share with and who can empathise when things get hard.

I hope this personal blog has encouraged someone out there needing it. If anything has resonated, please leave a comment. I love to hear from you all. x